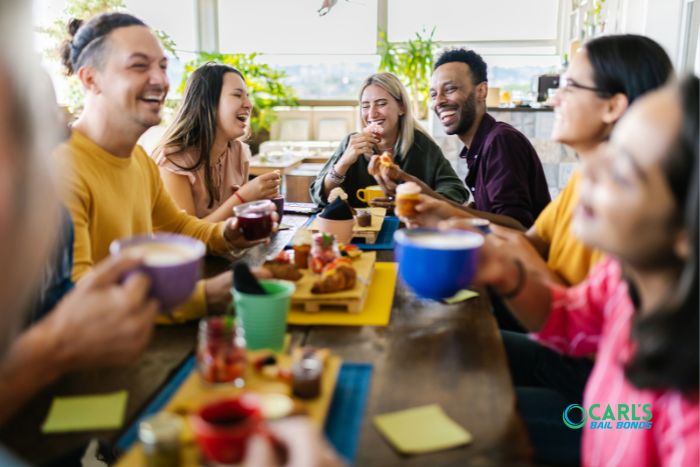 Tis the season when many of us are getting together with both our immediate and extended family to celebrate the holidays. While this is supposed to be a fun time that is full of joy and shared memories, all of us are painfully aware that whenever a family gathers, there’s always a chance that an argument will break out.

While you might not be able to completely prevent family discourse over the holidays, there are some things you can do that will help you maintain the peace during gatherings.

Before getting together with your family for the holidays, take a few moments to access your mental and emotional health. Are you in a good state of mind or do you feel like it wouldn’t take much to push you over the edge? Take another moment to determine how much time you can spend with your family before you find your emotions starting to unravel. Commit yourself to only spending that amount of time at the gathering before you make your excuses and leave. Don’t be afraid to leave early if your family becomes too much. It’s far easier to apologize for leaving early than it is to apologize for getting into a massive argument with your siblings.

Treat this family gathering as a blank slate. Old arguments, complaints, and other issues should be pushed aside and allowed to rest. If you have a problem with how a relative has treated you in the past, try to avoid that particular relative at this particular gathering. Once the holidays are over, you can always call them and try to resolve the issue.

You may not be able to do much about your cranky uncle or bickering parents, but you can do something about your attitude. Instead of approaching the family gathering with a chip on your shoulder, convince yourself to be tolerant and cheerful. This is one of those fake it until you make it situations, when you’re cheerful, even when you’re forcing yourself to be, you’ll notice others respond positively to you. Before you know it, your good attitude will have shifted the gathering’s entire atmosphere and everyone will be having a good time. 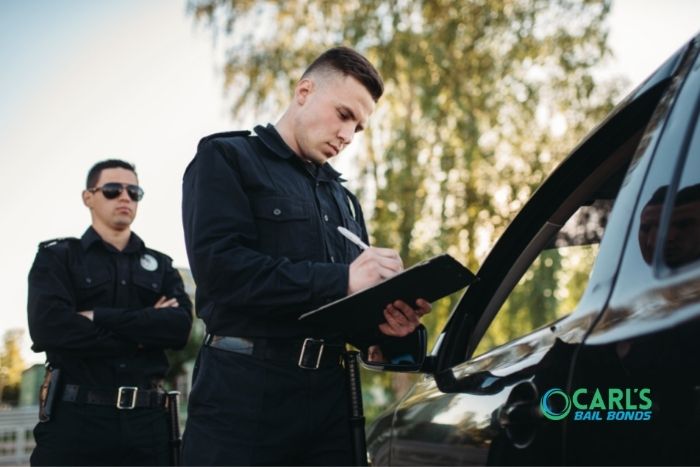 Most of us have been there at least once in our lives. Even though we were perfectly sober at the time, the police pulled us over for a seemingly silly reason. The reason the police do this is that they have been trained to recognize these relatively minor driving issues as signs that the driver is impaired.

Driving At a Certain Time

It might not be fair, but there are certain times when you’re more likely to be pulled over for a suspected DUI than others. The most common time is between 2 and 3 in the morning. This is when the bars close and people are driving home. Not only are there fewer cars on the road which increases the likelihood of you catching a patrol officer’s eye, but most people who are on the road at that time of the night are leaving a bar or club. This is why so many bartenders are pulled over after they’ve left work.

Weirdly enough, driving too slowly is one of the best ways to be pulled over for a suspected DUI. While there are a few different reasons people will drive slowly, DUI is the most common one. While every person is different, most people who are inebriated drive slowly because their reflexes aren’t as sharp as normal and they’re overcompensating and being overly careful. Not only will the extremely slow driving catch the eye of a passing patrol officer, but your slow driving can also be a road hazard.

If you’re rapidly accelerating and deaccelerating for no apparent reason, you shouldn’t be surprised when you spot red and blue lights in your rearview mirror. The inability to gauge how heavily you’re pressing down on the brake and gas pedal are early indicators of inebriation.

Swerving in and out of your lane isn’t just a sign of a potential DUI, it’s also dangerous. When you’re drunk, the swerving indicates that you’re having a difficult time staying focused, that you’re not in full control of your motor skills, and that there’s a serious risk of you getting into a serious accident.

Even if you haven’t been drinking, if a cop spots you swerving all over the road, there’s a good chance that in addition to issuing a sobriety test, they’ll also give you a ticket for erratic or reckless driving.

California’s patrol officers are extremely good at spotting individuals who are DUI and will not hesitate to pull you over and issue an immediate sobriety test. The best way to prevent this from happening is to make sure you always have an alternate way to get home, such as a designated driver or a ride-share pickup, when you’re going out for drinks. 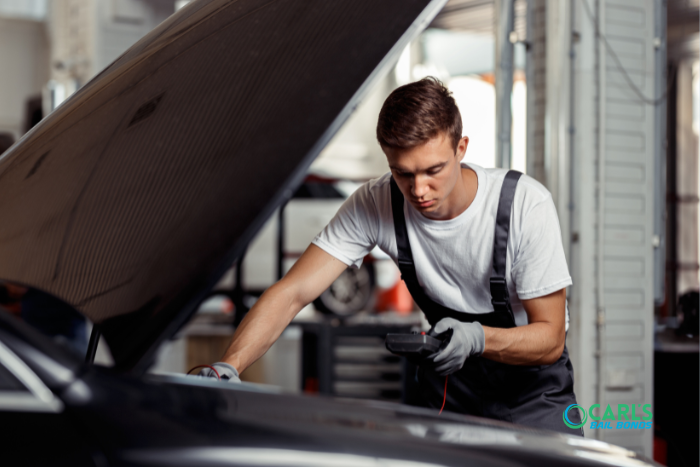 What Happens If Your Car Fails a California Inspection

You aren’t allowed to own and operate any old junker on California’s public roads. The state fully expects you to keep your car in good repair and to make sure it’s not releasing any more air pollution than necessary. California can enforce this code by insisting that all registered vehicles routinely go through a vehicle safety inspection. The hope is that by making sure all vehicles pass the basic inspection, there will be fewer break-downs, fewer accidents, and less air pollution than there would be if drivers were allowed to drive anything they wanted

When you’re driving a newer vehicle, these inspections aren’t anything to worry about, but as your vehicle ages, you’ll find yourself worrying about what will happen if it fails the inspection.

The first thing to remember is that the California vehicle inspection isn’t an intense, bumper-to-bumper examination where the inspector makes note of every little potential issue your vehicle has. They are only looking at basic things that include:

One of the main reasons vehicles fails the inspection is because they no longer meet the state’s requirements regarding carbon emissions. If the vehicle’s sensors aren’t working or there is some problem with the exhaust system, the inspector will alert you to the issue. They won’t fix it. At this point, it’s up to you to get your vehicle to a good mechanic so they can address the problem and get your car street-legal again.

If you’re worried about your vehicle failing the carbon emissions portion of the inspection, you can take it to your favorite mechanic and have them test the vehicle and repair any issues before the inspection.

The good news is that if your older vehicle fails the carbon emissions test or if the inspector notices anything else that causes your car to fail the inspection, you don’t have to get rid of your car or park it in the garage until it’s fixed. The DMV gives you a full 90-days to correct the problem. As long as you get the issue dealt with and the vehicle passes its next inspection, you’ll have no trouble renewing your vehicle’s registration.

If the problem isn’t corrected in 90-days, the state doesn’t take your vehicle away, but they will refuse to register it, meaning it can’t be legally driven again until it receives a passing inspection.

What steps do you take to make sure your vehicle is inspection ready? 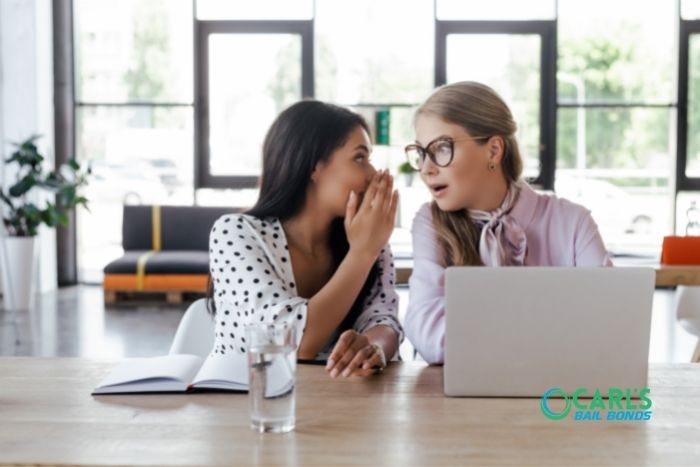 What is Defamation of Character?

One of the great things about living in the United States is that we have freedom of speech. That allows us to freely speak our minds without having to worry about facing legal consequences. What some people don’t realize is that while we do enjoy the freedom of speech, the right to speak freely doesn’t give us the right to blast another person and spread horrible lies. When you set about to destroy a person with lies, you’re guilty of defamation.

According to the Legal Dictionary, defamation is “any intentional false communication, either written or spoken, that harms a person’s reputation; decreases the respect, regard, or confidence in which a person is held; or induces disparaging, hostile, or disagreeable opinions or feelings against a person.”

What the definition doesn’t say is that defamation is also illegal. If you’re suspected of committing defamation and trying to destroy another person’s life, you could face both legal and civil charges.

To be charged with defamation, four things have to happen.

California has a very short statute of limitations on defamation. If someone believes you were actively and knowingly spreading lies about them, they must file legal charges or a civil lawsuit within one year of the comment being made. It is important to understand that the time connected to the statute of limitations doesn’t start when the false statement is made, but rather when the plaintiff learns of your actions.

The best way to avoid facing defamation charges in California is never repeating anything you’re unable to confirm is the truth.