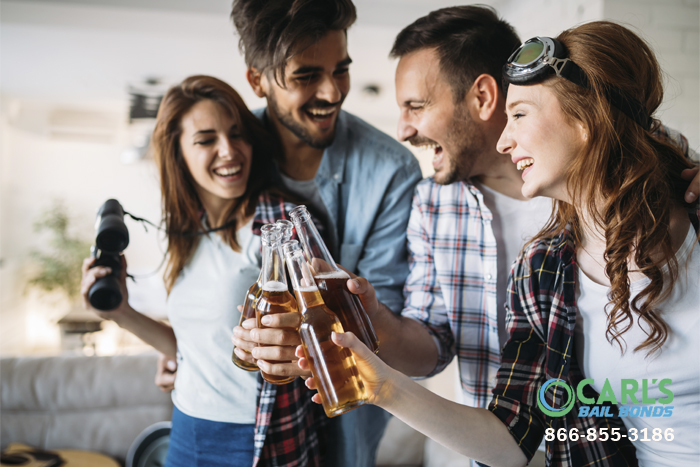 One of the problems with California’s legal system is that sometimes it’s difficult to know that you’re breaking the law. In many disorderly conduct cases, people think they’re just having a good time or being opinionated until the police show up. Sometimes people don’t even know what they’ve done until they hear the charges as the booking officer works through the paperwork.

In California, disorderly conduct is generally considered behavior that irritates, stresses, or alarms those around you. That doesn’t mean your little sister can file disorderly conduct charges against you each time you annoy her while you’re at home. However, if the pair of you are at a bar and you start shouting at her, the other bar patrons will likely call the police and you could be arrested and charged with disorderly conduct.

Most disorderly conduct cases in California involve at least one person who is publicly intoxicated.

In addition to getting too wild while at the bar, California considers the following activities to be forms of disorderly conduct:

Sometimes loitering can be an instance of disorderly conduct.

The Consequences of Disorderly Conduct in California

Disorderly conduct in California is a misdemeanor. If you’re convicted and it’s a first offense, you could be sentenced to six months in jail and/or be charged a $1,000 fine. If you already have disorderly conduct charges on your record, the punishment could be more severe.

In some cases, disorderly conduct can be connected with additional charges, such as:

Putting together a good defense case in California when you’re dealing with a disorderly conduct charge isn’t always easy. Some defenses that have been successfully used in the past include:

If you know that you tend to get loud and do rash things when you’re having a good time and drinking, it’s in your best interest to either stay home or make sure you go out with someone who can stop your behavior and help you regain control before anyone calls the police.

What Is Disorderly Conduct?

What Is Disorderly Conduct?

When it comes to laws, there are plenty of terms that people hear regularly. Despite that, some of the terms are a bit unclear for people. Take for instance disorderly conduct. What exactly does that term mean? What counts as disorderly conduct?

Disorderly conduct is a broad term that covers a variety of different acts that could be considered disruptive to the general public. Knowing this can help a person avoid getting into any trouble with the law.

For starters, PC 647 lists all of the following acts as disorderly conduct:

Under California law PC 404, rioting is defined as 2 or more people doing the following without legal permission:

Under PC 415, disturbing the peace is defined as a person playing excessively loud music, fighting with someone, or using offensive language to start a fight.

PC 416, failure to disperse, occurs when a person assembles or gathers for the purpose of disturbing the public and then failing to leave after being ordered to do so by law enforcement agents.

Lastly, PC 602 defines trespassing here in California. Under this law, it is illegal for a person to enter or remain on someone else’s property without their permission.

PC 404 is also a misdemeanor offense that comes with:

PC 415 is a wobbler offense that can be charged as an infraction or a misdemeanor depending on the facts of the case. The worst penalties for disturbing the peace are:

PC 416 is another misdemeanor offense that comes with:

Trespassing is usually charged as either an infraction or as a misdemeanor but can be charged as a felony in rare instances. The first time someone trespasses on a particular piece of land, they will face an infraction charge that comes with a $75 fine. A second offense on the same piece of land sees the fine increase to $250. A third, or any subsequent offense, earns a person misdemeanor charges that come with:

Trespassing can be charged as a felony when a person makes a credible threat against another individual and then within 30 days of issuing the threat is caught trespassing on the victim’s property or place of work. When this occurs, a person will face:

Just Be Mindful of Others

As one can see, there are plenty of different ways that a person can be accused of disorderly conduct. However, most of these acts are pretty easy to avoid. After all, it is not like a person is faced with the possibility of being in a riot every single day. As long as a person is on their best behavior and doesn’t try to start fights with other people, they will be fine.